In August 2015 I was fortunate enough to produce a bust of Australian actor Geoffrey Rush from which he commissioned a bronze casting for his private collection.

The bust took 4 separate sittings in the relaxed environment of Geoffrey’s home in Melbourne, and was cast in bronze (with patina) at Coates Foundry by Ewan Coates. At the time Geoffrey had just agreed to play the part of Giacometti in the now released film “Final Portrait” by Stanley Tucci.

Sitting for me provided Geoffrey with a unique insight into how a sculptor works, and thus became part of his research into playing Giacometti for the film.

You can hear him speak about the film and experience in an interview on ABC Radio with Jon Faine in a episode of the The Conversation Hour. 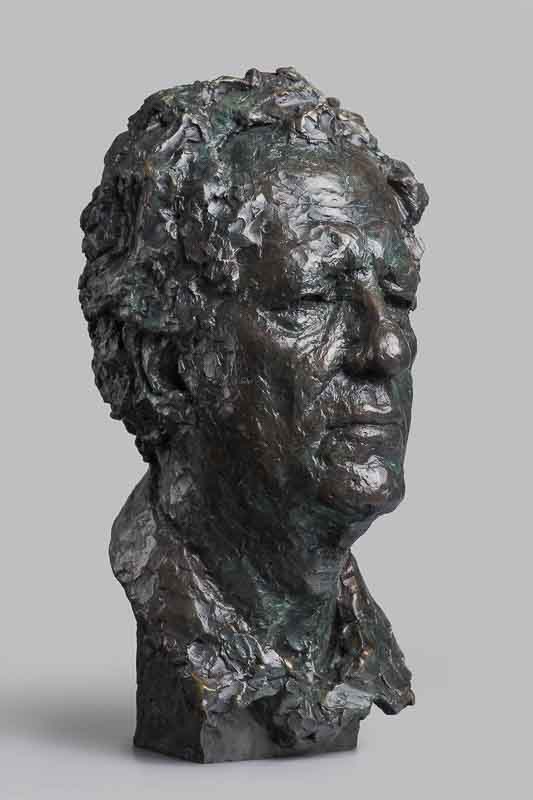 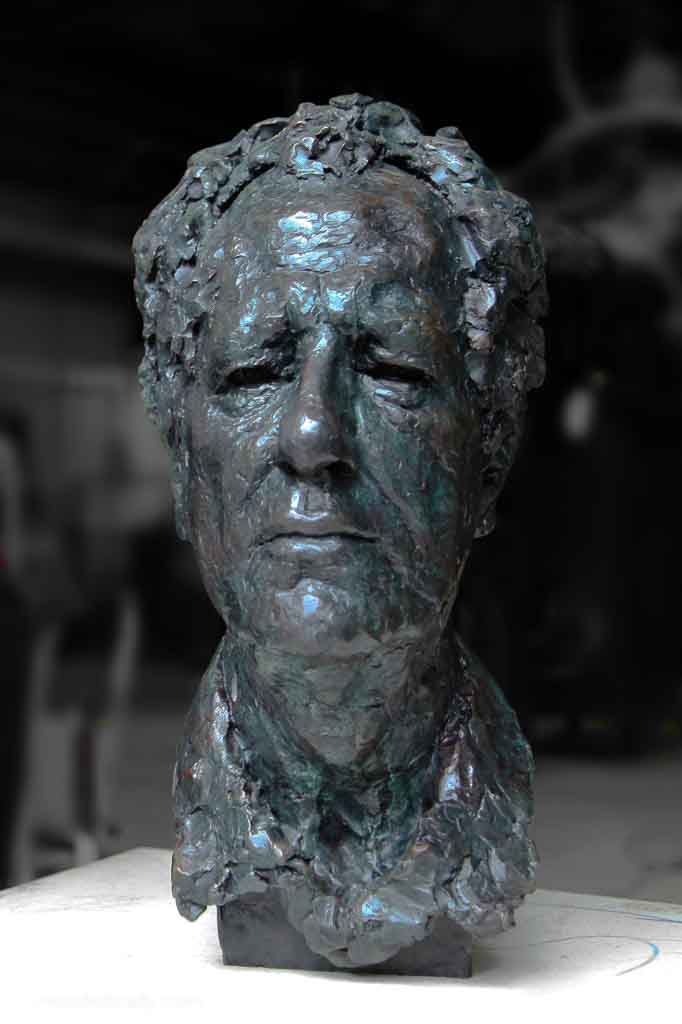 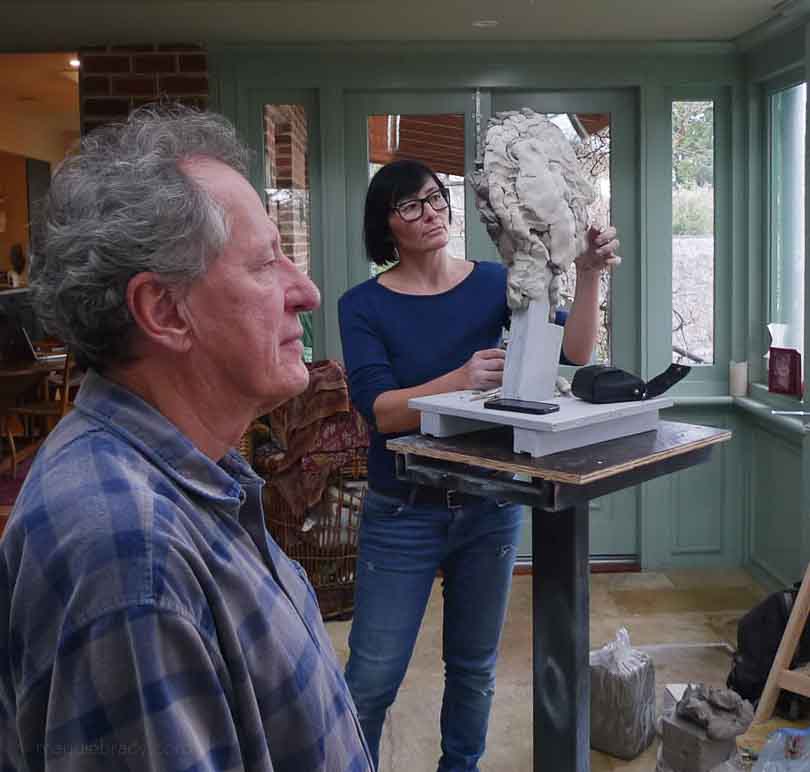 First session with Geoffrey Rush in the studio. Photo courtesy of John Collings. 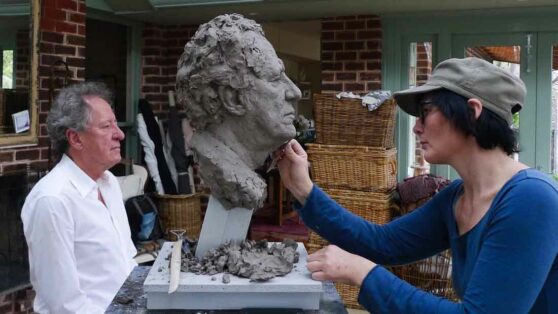 Maudie Brady and Geoffrey Rush with portrait at the foundry. Photo courtesy of John Collings.
Click to access the login or register cheese